I feel like this happened ages ago! In reality, just a few weeks. After months of planning, a little organizing and more worrying than necessary, the Baltimore Modern Quilt Guild hosted our first guest speaker: Jay McCarroll. 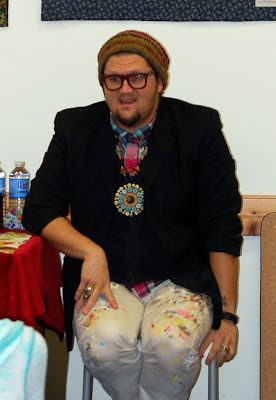 I first met Jay at the Lancaster Quilt show, where we literally bumped into him in the lobby of the hotel. He was so sweet, funny and gracious. He gave us sneak peeks of his upcoming line (which is now out: Center City.) I invited him to come speak at our guild. 8 months later, we made it work (said in my best Tim Gunn voice!)

Jay spent the day with us, talking about his childhood, his early designing years, life in Europe and New York. And yes, he dished on all the Project Runway stuff. It's so interesting, though, because to hear his whole story, PR was such a small portion. Yes, it launched him into the international fashion spotlight ~ not necessarily a good thing ~ but it's so far from what he is now. He was very honest, very funny and at times a little naughty. (There were a couple of pre-teens in the audience who may have learned a new phrase or two!) He spoke for three hours. I think many of us could have listened to his stories for a few more. 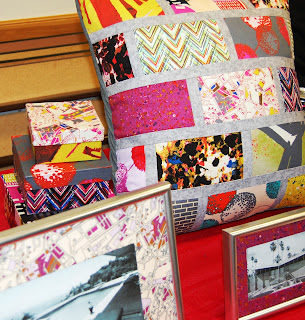 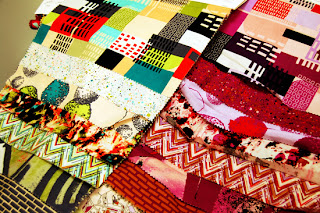 Towards the end of the afternoon, he got into his latest projects. He showed us samples of his upcoming line (no photography, please!) and gave us a little tour of his latest offerings: scarves, socks,  skirts, magnets, cards, etc. All available at Jay McCarroll Online (oh, and he's having a little Cyber Monday sale now, too!)

He finished up with lots of autograph signing and picture taking, before heading back to Philadelphia. 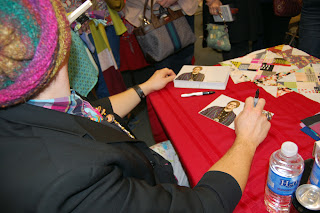 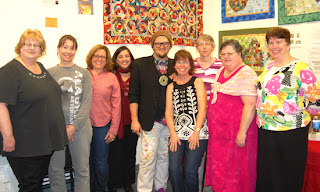 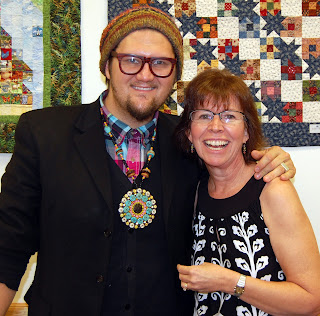 Thanks, Jay for a great afternoon! We'll see you again soon!
Posted by Heather at 8:07 AM 1 comment: