Our October meeting was held a week later than usual, on October 15 at the Owings Mills Library.  There were 59 people in attendance, including nine guests (which is a record for this year!).  Our speaker was Victoria Findlay Wolfe (https://vfwquilts.com/).  The meeting started at 1:30 with her lecture and trunk show.  The lecture was a combination of slide show and trunk show.  She had such interesting stories about her life in Minnesota, her grandmother, and her beginnings as a quilter.  Here are pictures from the meeting: 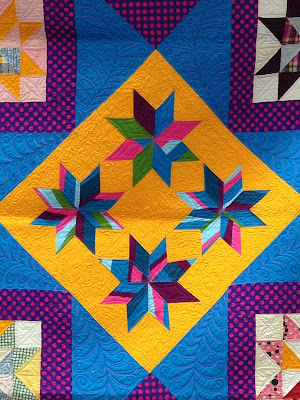 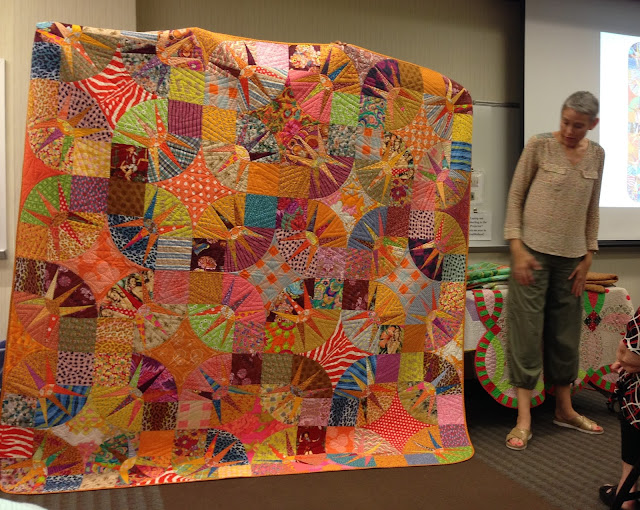 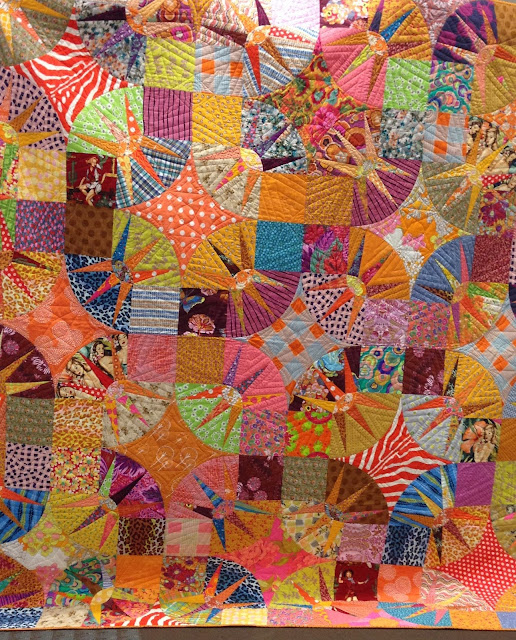 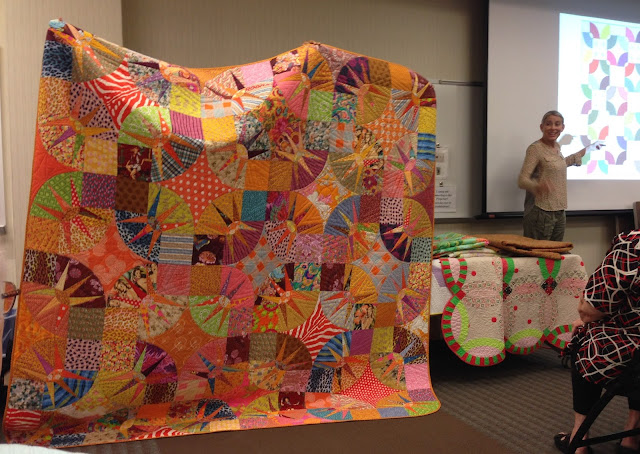 The quilt pictured above is the same as the quilt in the slide Victoria is showing.  A close-up of the slide is below.  You'd never guess it's the same quilt! 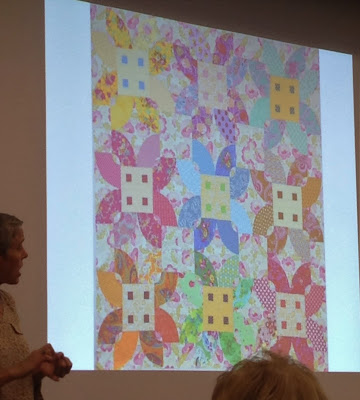 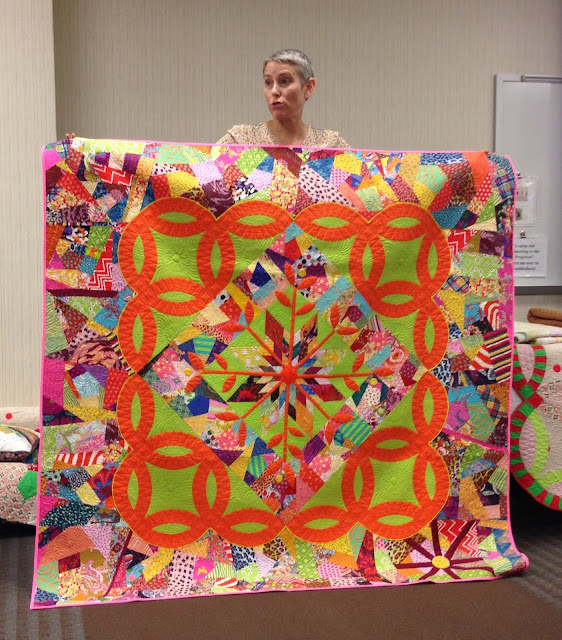 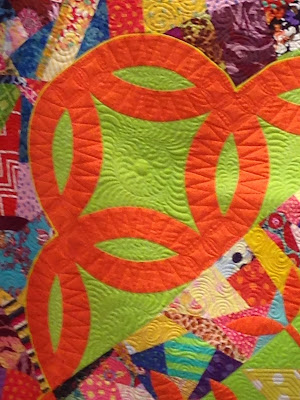 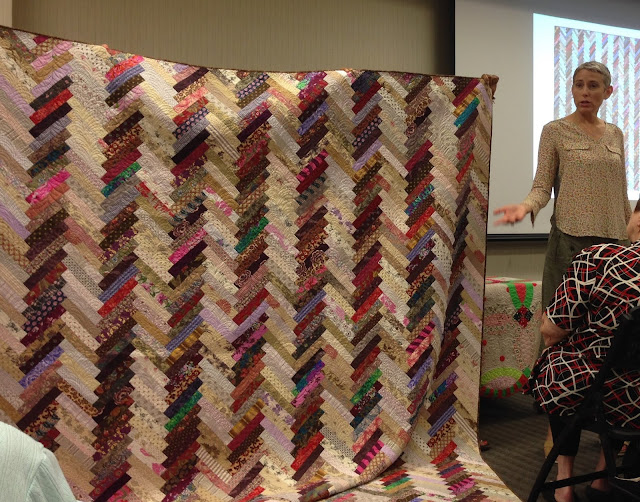 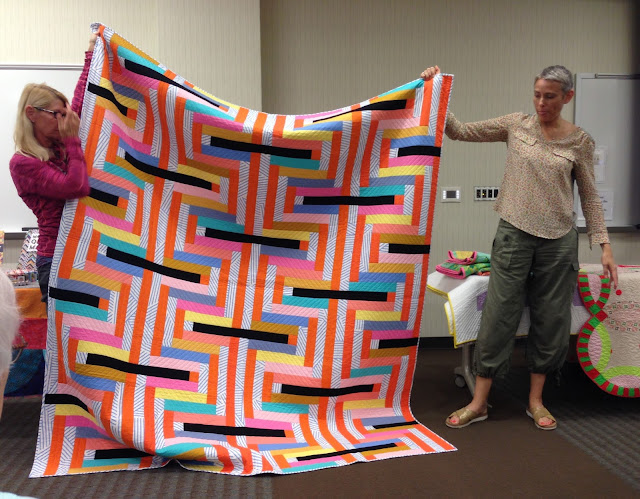 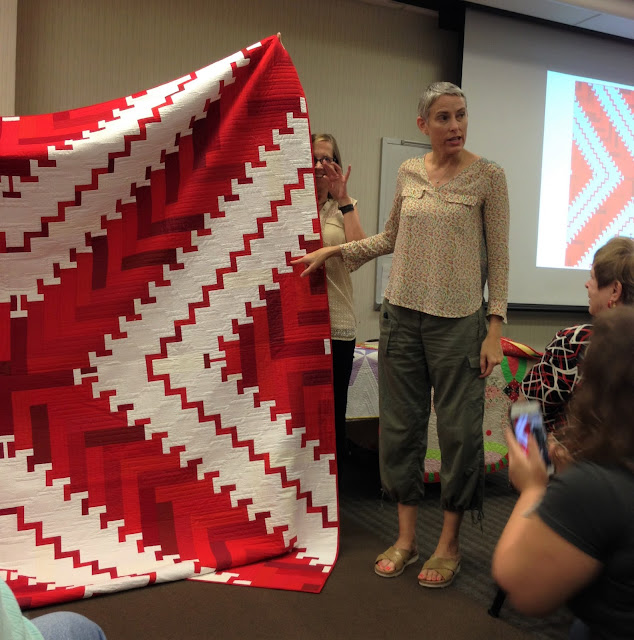 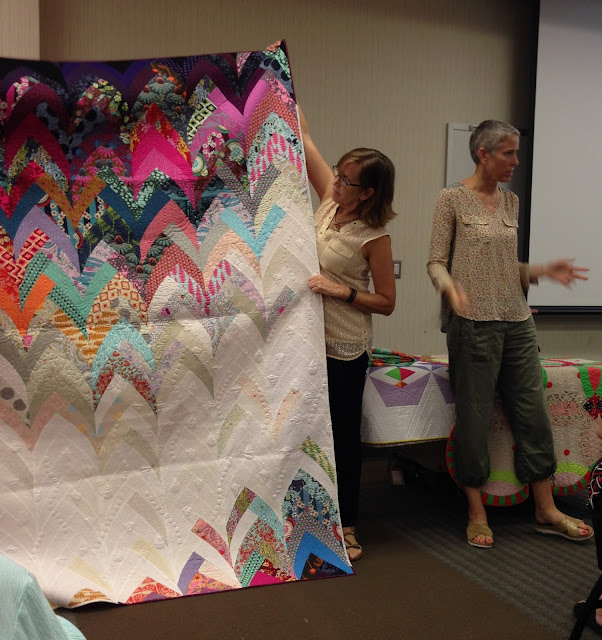 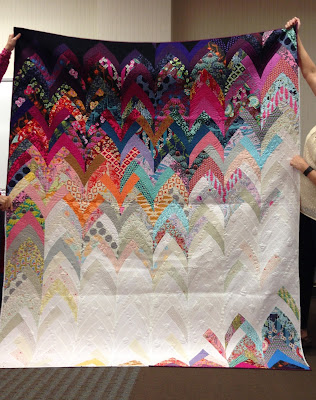 Above is the quilt right-side up.  Below it is turned upside-down, and gives a completely different look and feel. 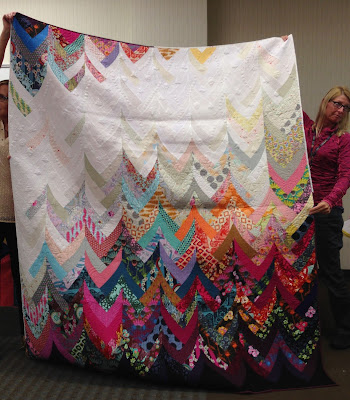 There were a couple of quilts folded up on a table that were not part of the trunk show.  I snapped a couple of photos of the quilting on them... 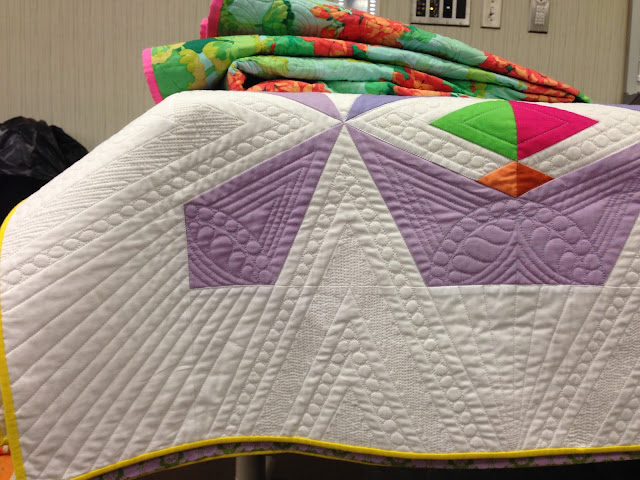 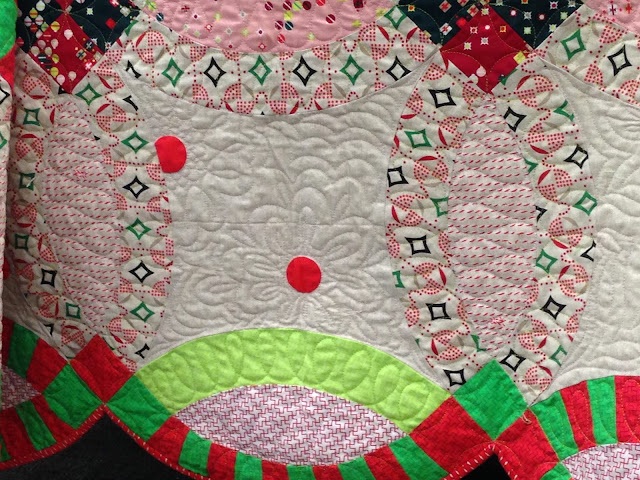 After the trunk show, we took a break so everyone could shop at the tables set up with Victoria's patterns, fabrics, templates, etc.  I hope we see some quilts incorporating these goodies in a future Show & Share!

The business part of the meeting followed.  Janet was not able to attend the meeting, so Phyllis filled in for her.  She reminded everyone that now is a good time to pay your dues for your membership for next year.

Heather gave us a recap of all the board positions and who has volunteered.  I don't have all of them here, but Andee will be joining Shelli on Programs; new member Deanna and Linda S. will be taking over the Communications position from Carol F. (that's me); our new VP is Mary T., and our new President is Rose D!

The retreat in Columbia November 2-5 is closed.  There will be fabulous swag bags and drawings for gifts for all who are attending!

Amy V. is coordinating the quilt show at the Arbutus Library, and collecting the "literary mini quilts" after Show & Share today.

Phyllis spoke about the name tag swap, gave out the October birthday fat quarters, and reminded us that the November meeting will be at the Catonsville library.  There was a possible gift swap for December, but that has been put off until early next year.  An exchange with the Lancaster MQG is being discussed for January.  Shelli will email details when they are available.

Mary T. announced a design challenge for December, with details coming in November.  For the December meeting, we may do a "white elephant" style gift exchange.  Everyone who wishes to participate will bring 4 fat quarters.  There will be more details at the November meeting (the December meeting will be held at the Owings Mills library).

There were more charity blocks turned in, and Rebecca S. asked for the return of any leftover fabric from them that you may have  It will be used in putting the quilt together at the retreat.

Then those who brought their work from the Herringbone Pillow class showed what they had created.  (There were 22 people in the class.)  Victoria snapped this photo of us.  We all look so interested in what everyone else is holding up! 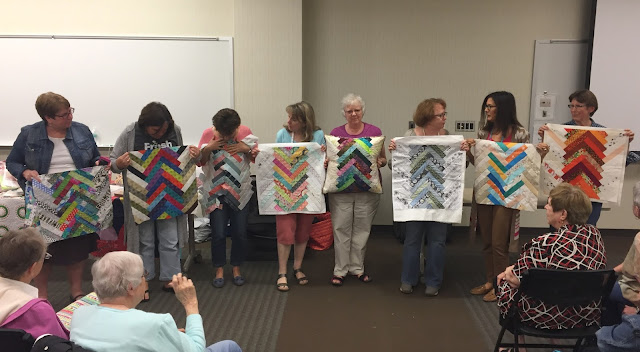 Rebecca S. also got a nice picture of the group: 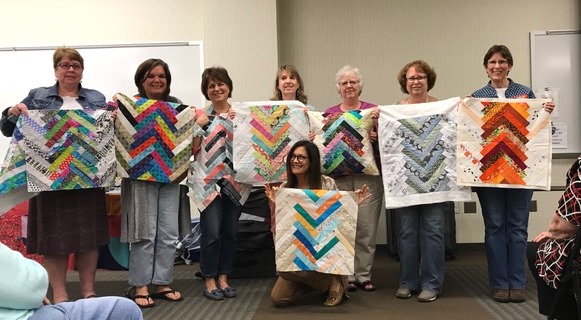 There were 25 people who had quilts for Show & Share.  MJ and Mary T. started off with with their contributions to the quilt show to be held at the Arbutus Library.


Below is some detail of the custom quilting that Claudia did: 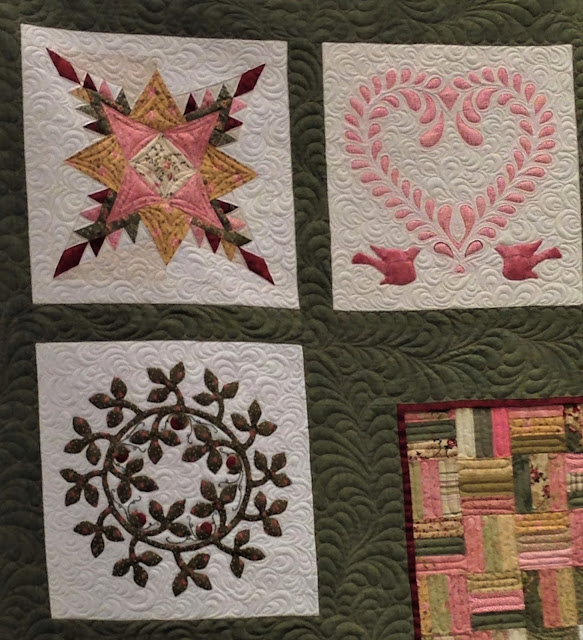 Whew!  This is the end of this post....
Submitted by Carol F.